The Nature and Manifestation of Corona Discharge 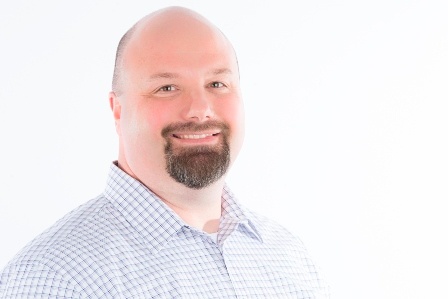 In physics, the glow and audible event occurring when an insulator is exposed to excessive voltages is called a corona. It may also be known in the electric industry as “corona discharge,” “plume discharge,” “brush discharge” or “glow discharge.”

The phenomenon of corona discharges, its effects on a power grid system’s components and those in close proximity has been extensively studied over the past few decades. A conversation on corona can be expanded to include their aspects and properties with extensive research data, details on the molecular interactions and impact of environmental conditions. 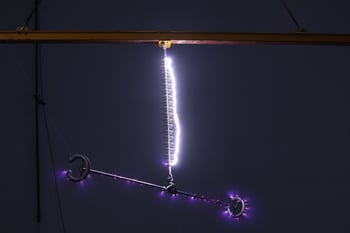 Corona can appear in all physical matter states (solid, liquid or gas) and its presence is noted at the point electrical failures occur within an insulation structure.

The nature and creation of corona revolves around the process of ionization mentioned in the definition above and the behavior of electrons. Trace amounts of radioactive material encapsulated within Earth’s crust combined with the constant bombardment of cosmic rays ensure there are always a few free electrons available in our atmosphere.

These collisions occur with a sufficient force to knock electrons free from the outer orbit of the air molecules, changing them into positive ions. This reaction is known as ionization. The collisions continue now that additional electrons are now exposed to the electrostatic field and create an electron avalanche.

On the surface of the insulator, we now find both positively charged air molecules and a plethora of negatively charged electrons. Nature dictates these quickly multiplying elements will be attracted and move towards each other. When they meet, energy is emitted in the form of an electro-magnetic wave which happens to reside in the visible light range, producing a violet colored light.

The violet light resulting from the electro-magnetic wave will appear where the overstress has passed the critical point and is best viewed in a dark environment. The second manifestation will be in the form of an audible corona discharge. The sound will mimic a hissing normally associated with frying foods. The sound waves are produced by the disturbances in the air resulting from the rapid and violent ionization.

The final and most concerning manifestation due to its negative effects to our customers, is the creation of radio interference (RI) commonly measured in a lab and referred to as radio interference voltage (RIV). All of the motions resulting from the ionization process constitute electric currents. These currents generate both electrostatic and magnetic fields which induce high frequency voltage pulses in neighboring radio antennas.

This interference can affect the function of many electronic devices used in a close proximity and generate complaints from the general population to their local utilities.