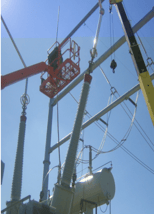 The PCORE® SET-Terminal is designed for use with field dielectric test equipment for more accurate, faster, and safer field power factor measurement of apparatus insulation at a substantial savings.

Benefits of the SET-Terminal include:

The SET-Terminal eliminates the need to remove the overhead cables and/or bus work when performing diagnostic testing on bushings and equipment. Once de-energized, simply loosen the captive bolts on the side blades and swing the blades in the downward / open position. Testing is performed the exact same way if the test terminal was not installed. 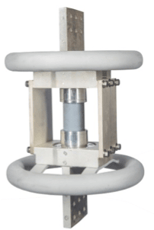 The PCORE SET-Terminal is manufactured for use with all types of bushings on circuit breakers, transformers, and similar equipment through 765kV.

Click here for a selection guide of the various designs available. Interested in additional information?Contact us today!