Tools in the Toolbox to Minimize Bird-Caused Outages 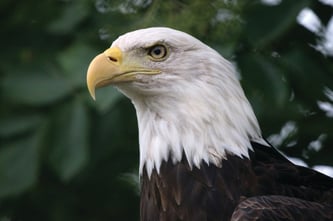 Birds have no doubt been interacting with power lines and substations since the latter first appeared on the landscape. Indeed, the first record of avian collision mortality from power lines dates back to the late 1800’s, and at least one record of electrocution in North America was made as early as 1922. These incidents occur when a bird simultaneously contacts two energized components of a pole that are each at different electrical potential (referred to as a phase-to-phase fault or electrocution), or they simultaneously contact one energized component on a structure and one grounded component (referred to as a phase-to-ground fault or electrocution). These incidents not only cause injury or mortality to the birds themselves, most of which are legally protected, but they also impact the integrity of the power system.

The Electric Power Research Institute (EPRI) reports that, on average, up to 20% of unplanned utility outages are caused by wildlife. Within the overhead distribution line sector, this figure can be even higher, with some utilities reporting that 25% of annual outages are caused by birds; within substations squirrels and other types of wildlife are often the predominant issue. Typical costs associated with these events include equipment repair or replacement, manpower to restore power, and opportunity cost to customers, particularly commercial or industrial customers such as in oil and gas. Further, extensive property damage due to subsequent grass fires is not uncommon.

There are three primary methods that utilities can use to address incidental contact by birds, each with their own benefits and drawbacks; redirection, isolation and insulation. With redirection, birds are deterred from landing on specific locations on poles by using perch guards and other barriers. When used properly these can be effective, however they generally do not prevent perching altogether, as people often think. Instead, they simply manage where a bird can land on a structure or along a power line. If a bird attempts to land where a deterrent is placed anyways, it can sometimes exacerbate an already dangerous situation, as these products provide no insulative protection.

With isolation, construction standards are designed, or existing poles are reframed, such that electrical and grounded components on a power pole or in a substation are physically separated with clearances large enough to prevent even the largest raptors from making simultaneous contact. The benefit to this solution is that it is permanent, and no maintenance is required; however, given both the impressive size of some of our largest raptors, bald eagles, and the density of components on equipment poles and within substations, isolation is often not practical.

Insulation is the most common method to prevent electrocutions and subsequent power interruptions and outages. With this technique, products designed specifically to prevent incidental bird contact (such as Greenjacket) are applied to exposed energized components on a structure where birds could otherwise make contact. While the proper insulation products are very effective when applied properly, it is not feasible to apply them on every structure, thus, they only minimize electrocution risk on the poles on which they are applied. However, when used in combination with risk assessments to determine which structures pose the highest risk to birds, this mitigation can be thoughtfully applied to target the highest risk structures, ensuring the most cost-effective use of limited resources.