The Versa-Tech terminal unit is the gateway that allows the Versa-Tech II to connect to a central monitoring and control system (SCADA). The VTU is a remote terminal unit which is mounted in a separately powered control cabinet and communicates wirelessly with up to three Versa-Tech reclosers. In order to maintain constant communication with the VTU, the internal radio of Versa-Tech II needs to be powered via a 10A or more load.

As long as the communication between the VTII and VTU is active, the VTU will poll data from the reclosers and translate the data into DNP3 protocol. The translated data is then sent through cellular, radio or fiber optic network to a SCADA master.

In 2017, the Versa-Tech XC was added to the Versa-Tech single-phase recloser family. The VT-XC was developed on the VTII platform and has the same capabilities and features as the VTII. Accordingly, the VT-XC is also SCADA compatible with the use of the VTU but requires only 6A or more load to power its radio communications. This is because the VT-XC incorporates enhanced power harvesting capabilities which differs from the Versa-Tech II Recloser.

The SCM gathers information from the VT-XC, translates the data into DNP3, and then sends that data over the cellular network to a SCADA master. The SCM is powered by the Versa-Tech XC and load current, thus eliminating the need for a separately powered control cabinet. 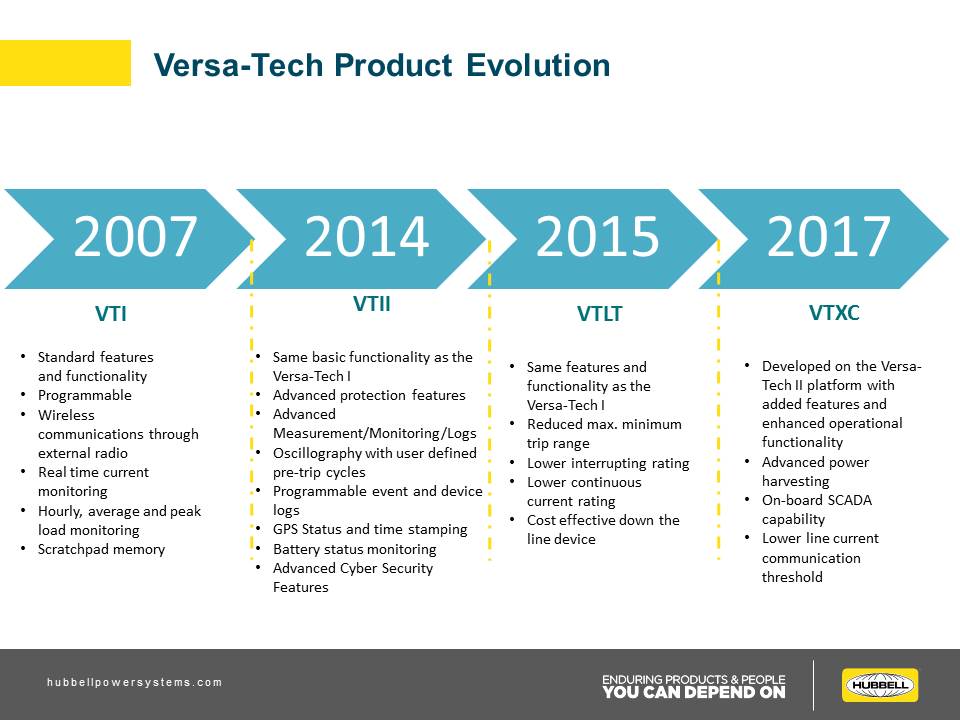